In a Nature Region 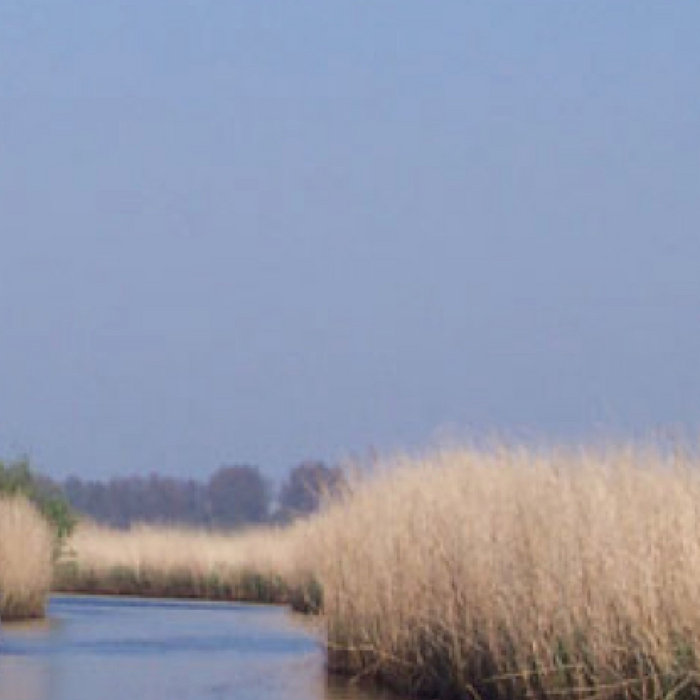 Matt: This is a recording without edits made during an 'artists and experts' field trip around the Norfolk Broads on August 23 2002. I managed to find half an hour between 1 and 2 PM to sit undisturbed on a deteriorated pier close to the Broadland Conservation Centre at Ranworth Broad, by a channel where pleasure boats made long, slow entrances and exits from left and right. The title of the piece was borrowed from a then-unpublished essay by David Matless, "Sonic Geography in a Nature Region" (that later appeared in the journal Social and Cultural Geography, Vol 6 No 5, 2005) which reflects on the place of sound in the Broads. Our recording sometimes seems comical to me in its documentation of the almost incessant roaring of boat motors which pass from one speaker to the other in broad stereo (pun intended), in their occupants' quest to enjoy the "natural."

Laura: And what is "natural"? Matt's introduction to the Norfolk Broads was through my ongoing research (in collaboration with David Matless) on the historical geography of the concept of "nature" in this region, focusing on the work and life of the early British/Greek ecologist Marietta Pallis, who lived near Hickling, Norfolk. On her marsh, she dug a 3/4 acre swimming pool (1953) into the peat, outlining the shape of a double-headed Byzantine eagle. It is still extant.The digging prompted Pallis to reengage with local ecological debate, related in The Status of Fen and the Origin of the Norfolk Broads (1961), giving support to the theory of Joyce Lambert and others concerning the origin of the Broads as a medieval peat diggings. Matt and I initially made an overly ambitious plan for the Broads field trip to design and fly a kite in a similar shape, equipped with a small video camera which would look down on the pool, and Pallis' grave, which is at the heart of the eagle. When we considered the cost and logistics of the kite project, we realized it would have to wait. Unlike this unfinished piece which explores the visual and the "bird's eye view", Matt's recording privileges the aural and the "bird's ear view".

"In a Nature Region" has been presented in various contexts, first of all in a large medieval barn in Norfolk, UK, and more recently at the Centre for Art Tapes in Halifax NS, Canada.

The "Norwich Fringe Festival Field Day on Barton Broad for Artists and Academics" was organized August 23 2002 by Stephanie Douet. It paired experts in the history, science, ecology of the region with artists wishing to create work in response to it. A large group of collaborators was bussed around to various locations and an exhibition of resulting works was shown in July 2003 at the medieval Waxham Barn.

Note: the image accompanying this track is a detail from a photograph of the Norfolk Broads by an unknown photographer, sourced from the internet.