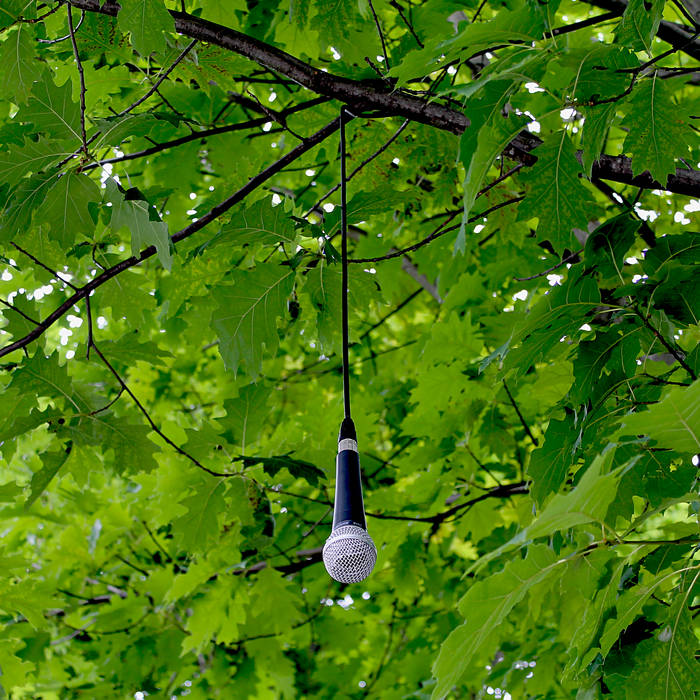 This sound installation, which repurposes common stage vocal microphones as tiny loudspeakers - eight of them hanging from the widespread branches of a tree - is part of ongoing research with Laura J Cameron into the life and work of William WH Gunn, early Canadian environmental sound recordist. It is a creative response to Gunn's practice, which will be followed by at least two other sound installations exploring his sound library, in 2017 (at the Fieldwork site, near Perth Ontario) and 2018 (TBA). This recording was made at 4Elements Living Arts on Manitoulin Island, Ontario, where the piece was installed for a week in July 2016. The chosen tree was located beside the 4Elements workspace, adjacent to a busy roadway.

Beginning in 1951, Gunn recorded environmental sounds all over Canada and around the world. He gave numerous public lectures on birdsong and to reveal its intricacies he often played his tapes back at slow speeds. This presentation of the piece employs eight birdsong recordings made by Gunn in Ontario in 1951. You will periodically hear Gunn’s voice introducing a recording, followed by playback slowed down by 80%. Each microphone-speaker is a unique source.

The piece, situated in a leafy tree, plays with the culture of “soloist” birdsong recording (isolating one bird from its surrounding “noise” as much as possible), the notion of birds as performers, the “reversibility principle” of microphones and loudspeakers, and Gunn’s encouragement of birdsong identification and appreciation through his lectures and the “Sounds of Nature” LP series he produced from the 1950s into the 1970s.

Credits:
Many thanks to the Macaulay Library of Environmental Sound at Cornell University, for permission to use Gunn's early recordings in the piece.

Gunn Bio:
Ecologist Dr. William W.H. ‘Bill’ Gunn (1913-1984), was an international pioneer and key popularizer of “nature” sound recordings. He was one of Canada’s first and most respected environmental consultants, and his research in ethology and migration was actively applied to public education, management and industry, including the Mackenzie Valley Pipeline Inquiry and the design of Toronto’s CN Tower.