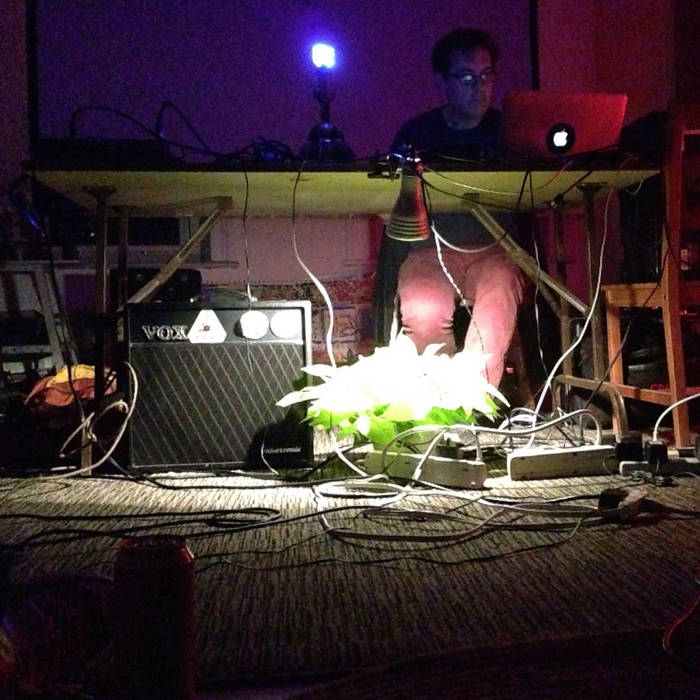 Happy National Drone Day 2015.
Live studio performance of an improvisational piece originally done at The Artel, Kingston Ontario, April 27 2015. Primary instrument is Wacom graphics tablet with 4 way tilt, pressure and button sensors, controlling a patch made in Max 7. Length and some underlying structure determined by Danielle Lennon's album "String Theory"
( daniellelennon.com ) which is running in the background, and used to create sustained textures from instantaneous moments. Other elements include treatments of my piece '1985' for orchestra (as performed by the SEM Ensemble), and field recordings from Vermont, Costa Rica and the US-Canada international bridge near Gananoque ON. Also in the mix are excerpts from another piece which was made by processing police radio live from the 2014 protests in Ferguson, MO (which can be heard at mattrogalsky.bandcamp.com/track/11pm-november-24-2014-excerpt ). All these elements are heard through layers of reverberation created with impulse responses from a diverse collection of large spaces in the UK, Germany, Portugal, Canada and the USA, dynamically "toured" using the Wacom tablet's pen.