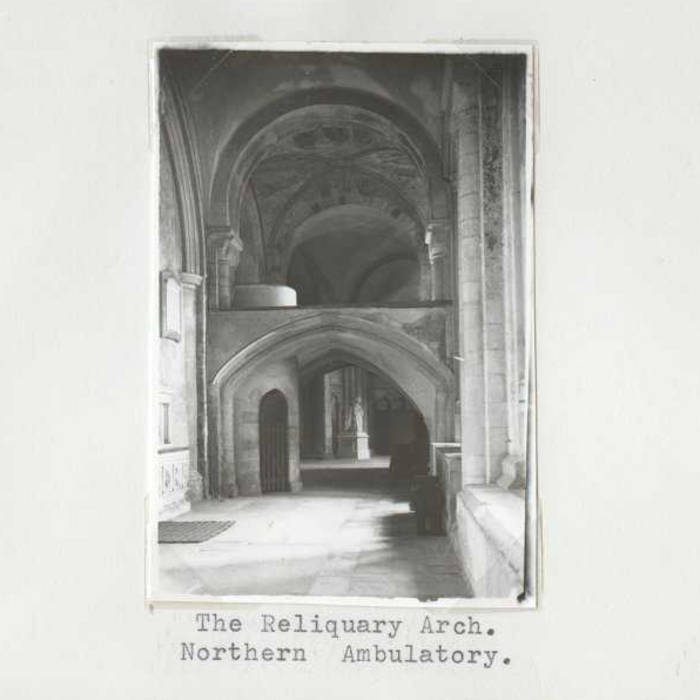 Under the reliquary arch in Norwich Cathedral you may find a small, high, oddly placed hexagonal window which connects through to the cathedral's presbytery. It was explained to me that this was a position from which pilgrims, as early as 1100AD, could hear services being conducted at the high altar (and that was the nearest they were allowed to approach).

In my installation a small speaker was placed in the presbytery, near to the hexagonal window, so that its sounds were just barely audible under the reliquary arch. The speaker was not visible. Sound for the installation was distilled, using my "kash" software, from one week's worth of The Daily Service on BBC Radio 4, recorded September 2-6 2002. The Daily Service is fifteen minutes of Anglican worship broadcast daily at 9:45am live from various churches around the country.

What remains of The Daily Service in my installation are all its small sounds and pauses; all the sounds above a very low threshold have been stripped out. The services are reduced to breathy, "oracular" mutterings, for those who have "ears to hear."

This track was published in the journal "Public: Art, Culture, Ideas", issue #31. www.digipopo.org/content/matt-rogalsky